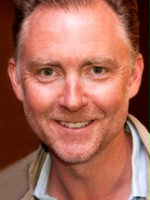 He won the Genie Award for Best Supporting Actor at the 2002 Genie Awards for his performance in the film Last Wedding.

Retrieved from "https://batesmotel.fandom.com/wiki/Vincent_Gale?oldid=29018"
Community content is available under CC-BY-SA unless otherwise noted.