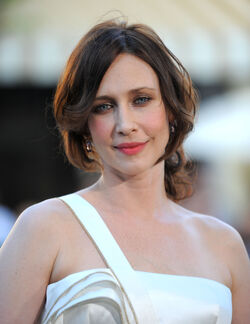 Farmiga, the second of seven children, was born in Clifton, New Jersey. She is the daughter of Ukrainian immigrants Mykhailo, a computer-systems analyst, and Angela Suarez, a schoolteacher. Farmiga was raised in an "insular" Ukrainian American community, with Ukrainian as her native language. She did not speak English until she was six years old. She attended a Ukrainian Catholic school in Newark and toured with a Ukrainian folk-dancing ensemble, Syzokryli. As a girl, she converted with her family from the Ukrainian Orthodox Church to Pentecostalism. In 1991, Farmiga graduated from Hunterdon Central Regional High School.

Farmiga met French actor Sebastian Roché while filming Roar. The two eloped to the Bahamas after the series' end in 1997. The marriage ended in 2005.

She married second husband Renn Hawkey in September 2008. Hawkey, a carpenter, is the former keyboardist for a synthpop band named Deadsy. They have a son named Fynn, born on January 15, 2009. On November 4, 2010, Farmiga gave birth to daughter Gytta Lubov Hawkey.

Retrieved from "https://batesmotel.fandom.com/wiki/Vera_Farmiga?oldid=28855"
Community content is available under CC-BY-SA unless otherwise noted.