"Unfaithful" is the eighth episode of the fourth season of Bates Motel and is the first episode to be written by Freddie Highmore. It aired on May 2, 2016.

Norma is torn between Romero and Norman while Norman realizes how much everyone has changed in his absence.

Norma awakens to find the house freezing and sees that Norman is also awake. She goes downstairs to discover that the heater is broken as Norman follows her down. He expresses his dissatisfaction of the new TV and the DVDs. After he interrogates her, she tells him to go back to bed but he ends up getting into her bed beside her as he thinks it's a good way for both of them to keep warm. He asks what happened to them while he was gone and she says that they got used to being apart.

In the morning, Romero who has been staying away since Norman came home, calls to check in. She tells him things have changed which leads him to become suspicious about the closeness of their relationship. She tells him she loves him as she's interrupted by Norman calling for her. Over breakfast, he notices things are different, such as the new drapes. He's not happy that his room was turned into a sewing room and he's even more upset when she lets on that Romero has been spending time at the house. She tries to convince him of Romero's goodness and to be thankful for what he's done for them.

He pays Romero a visit at work, telling Regina to let Romero know that his wife's son wants to see him. Romero warily meets him and Norman politely thanks him for everything he's done for them and then promptly tells him that he and Norma can get a divorce now that he's home. Norman goes on to say that now that he's out of Pineview he can get a second job in order to get more money and insurance and that Romero isn't needed any more. Romero is taken aback by both Norman's request and insistence that he divorce Norma and tells him that things have changed.

While shopping for space heaters in town, Norma runs into Dylan and invites him and Emma to come Christmas tree shopping since they'll be leaving for Seattle soon. Dylan realizes that she hasn't told Norman about her relationship with Romero and she insists that she will. When she later shows up at Romero's house he informs her about Norman's visit to him and tells her that she has to tell Norman the truth that they love each other and he has to deal with it. He reassures her that he loves her and she feels the same way about him.

Meanwhile, Rebecca attempts to board a flight to Indiana but there seems to be a problem with her card as she purchases a ticket. She is approached by two DEA officers and detained for questioning. They inform her that she will be in the clear over Bob Paris' disappearance if she hands Romero over to them.

That evening, Dylan and Emma arrive at the house where she has a polite but awkward reunion with Norman. He tells her he's happy for her and Dylan but things have clearly changed for the two of them and when Dylan interrupts them, Norman cheerily tells them it's time to go Christmas tree shopping. However, when he passes Dylan the latter sees Emma's rabbit toy on Norman's shelf and is more than a little suspicious of his half-brother. He's even more wary during their trip when he sees how Norman reacts with Norma, who's angry about his visit to Romero, and even more so when Norman apologizes profusely to his mother in almost a psychotic way. Norman ends up throwing up when she tells him the truth about Romero and they head home.

As Dylan and Emma later chat in her room, he tells her that things feel different now that he's removed himself from Norma and Norman's lives and that he realizes how screwed up his family is and that he just wants to live a normal life. They end up having sex.

When Norma finds Norman in his bedroom, she tells him that it's still too cold to sleep in the house and that they should head down to the motel, but Norman elects to sleep in another room. He tries to sleep but fails and is distracted when he hears Romero pull up outside Norma's room. An upset Norma says she told Norman everything and while Romero comforts her, Norman sneaks into the adjoining room and listens through the walls. He goes a step further by removing the painting on the wall and uses some tools to widen a hole so that he can spy on them having sex.

The following day, Norma gets a repairman in to install the control box for the space heaters and he tells her not to light the furnace due to cracks in it while Norman eavesdrops from the stairs. She also tells the man how happy she is as a married woman and he offers to have the broken furnace taken away if necessary. When he leaves, she tells Norman that she has invited Romero over for dinner and is through with her son's hissy fits.

As Romero helps Norma set the table they share a kiss but are interrupted by Norman. During the meal, Norman acts overly polite with Romero, addressing him as "sheriff" and again informing him of his intention to get another job and his own insurance. Things escalate when he realizes just how involved in their lives Romero is and when Romero tells him he'll get used to it, Norman completely goes off the rails, informing him that he'll never come between Norma and him. She tries to diffuse the situation by telling Norman that more than one person can love someone and he instantly blames her for keeping him too close to her, only for her to cut him loose. She finally loses her cool and tells her son that she loves Romero and he loves her and he has to deal with it no matter what.

He storms outside to chop wood and Romero follows him in order to try and have a heart-to-heart with him. However, Norman is furious and Romero makes a huge mistake when he asks him if he thinks that Norma deserves to have a man in her life. Ax in hand, Norman advances on him but instead of harming him, he takes his anger out on a shed and tells him he hates him before running back to the house and storming up to his room. A clearly frightened and shocked Romero tells Norma that he's staying the night. 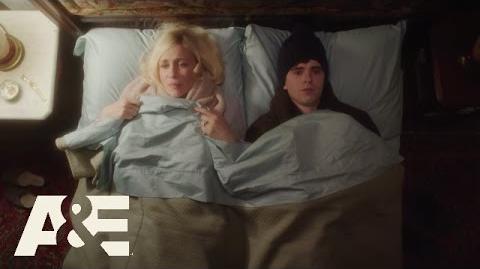 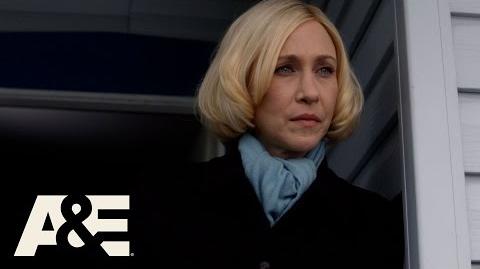 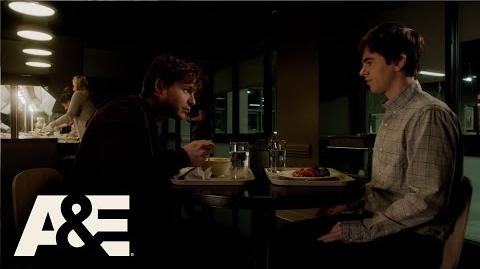 Bates Motel Inside the Episode Unfaithful (S4, E8) A&E
Add a photo to this gallery

Retrieved from "https://batesmotel.fandom.com/wiki/Unfaithful?oldid=26965"
Community content is available under CC-BY-SA unless otherwise noted.