"The Deal" is the fifth episode of the third season of Bates Motel and is the first to be directed by Nestor Carbonell. It aired on April 6, 2015.

Norma turns to Romero for guidance when she finds herself in an unexpected position of power.

The following morning, Dylan is found sleeping in his truck outside a bar. Norman awakens to find Emma in his room as she offered to stay with him while Norma went out. Dylan returns home and Norman, thinking it's Norma, gets out of bed and tells him he had to tell Norma the truth. Meanwhile, Norma's car is forced off the road by the man who ransacked the motel office and he warns her to give Bob Paris what he wants. Dylan receives a call from the hospital telling him that Norma has been admitted. When he goes to collect her, he realizes she doesn't know anything about Caleb being at the farm since she mentions that she found Norman at the kitchen table and was unable to wake him. When he later confronts Norman, Norman says he did tell her about Caleb being there but Dylan doesn't believe him.

Romero, determined to find out more about Lindsay's death, approaches Bob Paris who tells him that Norma has a flash drive that he wants back. Meanwhile, Norma's car is forced off the road by a man who tells her Bob Paris wants the flash drive. When Dylan goes to collect Norma from the hospital, and she says nothing about Caleb, he realizes that Norman didn't say anything to her. That evening, he comes across a car on a lonely stretch of road and recognizes the driver as Clay DuFont, an associate of Bob's, who has been shot dead.

When Norman finds Norma in the kitchen, she tells him she ate earlier so will prepare something for him to eat. He asks if she was wearing the same dress that morning and she says she was. He heads upstairs to her room and rummages through her closet where he finds her blue and white dress. He smells it as Norma calls him for dinner, so he hides it between the mattress of his bed. Dylan later finds Norman working on his taxidermy down in the basement and Norman admits that he was getting increasingly jealous of the growing relationship between Dylan and Norma so he wanted to destroy it and offers to help him tell Norma the truth about Caleb.

Gunner hacks into the flash drive and discovers that it contains important financial investments information. Dylan tells Norma and she visits Romero, asking if she can trust him. He agrees to go with her to see Bob Paris and she makes a deal with him about the bypass in exchange for the flash drive, which includes building a pool for the motel guests. When she returns home, she finds her sons sitting at the kitchen table waiting for her. With Norman supporting him, Dylan soon comes clean about Caleb being back in town and admits that he has been staying up at the farm. Furious, she grabs her belongings and a gun, storming out of the house with her sons in pursuit. As she gets into her car, she yells at Dylan to look after his brother and drives off, with Norman screaming to her. 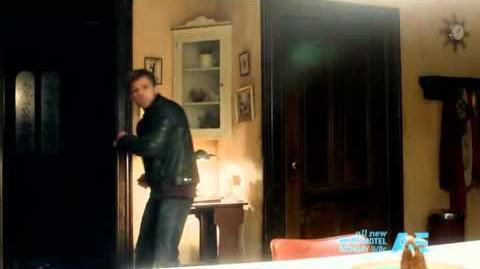 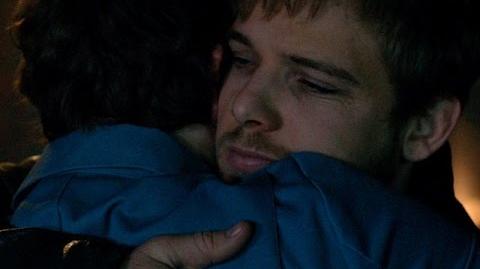 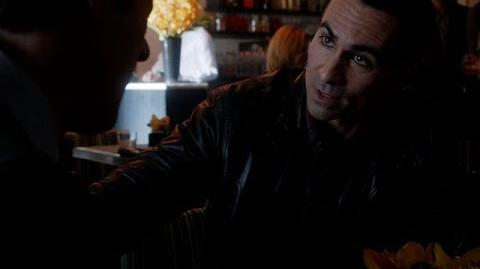 Bates Motel Inside the Episode The Deal (S3, E5)

Retrieved from "https://batesmotel.fandom.com/wiki/The_Deal?oldid=32867"
Community content is available under CC-BY-SA unless otherwise noted.