Start a Wiki
"The Arcanum Club" is the second episode of the third season of Bates Motel. It aired on March 16, 2015.

Norma and Norman focus on Annika's disappearance; Norma learns the truth about the Arcanum Club.

Norma becomes curious when Annika goes missing, especially after Norman lied about not being with her and Emma stating otherwise. She and Emma investigate Annika's motel room and find an invitation to the Arcanum Club, a gentlemen's club on the outskirts of town.

After being rejected by the man at the gate, Norma infiltrates the club's grounds, only to be caught by Sheriff Romero. She tells him that Annika has gone missing and that Norman was the last person with her, so he offers to look for her. On the way home, Norma mows down the bypass construction sign, which has become a memorial to Lee Berman, with her car, badly wrecking the vehicle's front side.

Later, Norman and Emma go on their date and discuss sex as an important step into adulthood. Norman at times pulls away from Emma, feeling they are moving too fast.

Up at Dylan's cabin, Dylan, Caleb, and Gunner are gathered around a campfire. An aggressive dog approaches and attacks Gunner's dog. Caleb promptly shoots the other dog. The next morning, Chick Hogan, a man who lives over the hill from Dylan's cabin, wanders over searching for his dog. Both Caleb and Dylan lie that they haven't seen his dog. Their response prompts Chick to vaguely threaten the DEA learning about the "crops" (marijuana) Dylan is growing. Caleb and Chick come to an arrangement to stay away from one another.

Norma arrives home to find Norman waiting on the steps for her and they head inside together. The following day, a dog finds the unidentified corpse of a blonde woman, clothed only in her underwear and floating face-down in a lake. 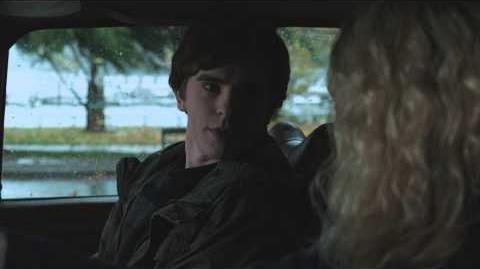 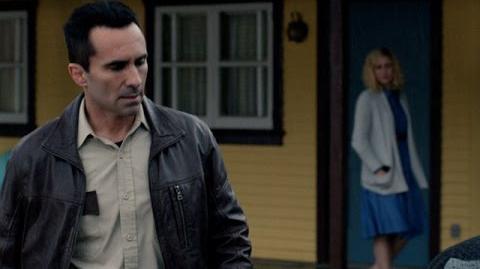 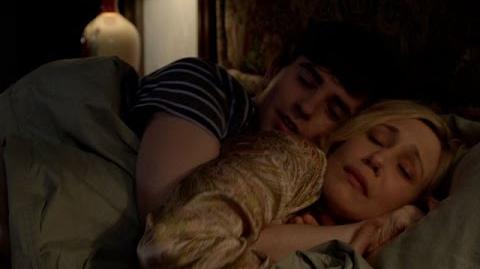 Bates Motel Inside the Episode The Arcanum Club (S3, E2)
Add a photo to this gallery

Retrieved from "https://batesmotel.fandom.com/wiki/The_Arcanum_Club?oldid=29162"
Community content is available under CC-BY-SA unless otherwise noted.