"Persuasion" is the third episode of the third season of Bates Motel. It aired on March 23, 2015.

As Norman grows closer to Emma, he starts growing apart from Norma; Norma balks when Romero asks Norman some tough questions; and Romero meets his competition for re-elections.

Sheriff Romero asks Norma to come to the morgue to identify a woman's body. Norma is relieved that it is not Annika, but still concerned that she is still missing. Romero then meets with Bob Paris, who runs the Arcanum Club and mentions the upcoming sheriff election.

Norma intends to go to a business course at a local community college, but inadvertently enters a psychology class, where she refuses to give up her seat to teacher James Finnegan. They later meet in the parking lot and he gives her his card, offering her the chance to talk to him whenever she likes. When he leaves, she crumples the card up but then decides to pick it up.

A hippie shows up at the Bates residence with a delivery of marijuana plants for Dylan. Emma decides to drive to his farm to deliver them in person and meets Caleb, who Dylan introduces as his uncle. He asks Emma not to say anything to Norma about Caleb being there and Emma promises that she won't.

Meanwhile, Norman becomes increasingly frustrated that his mother doesn't trust him, especially after Romero pays a visit questioning him and his relationship to Annika. Submerging himself in a bathtub, after being instructed by "Mother", who reminds him of being trapped in the box, Norman hopes to recall the events before Annika's disappearance. He has a vision of Norma being the one who killed his father. Norma saves him from almost drowning himself, then puts him to bed before locking up the motel as Annika arrives to die in her arms from a gunshot wound to the abdomen. She gives Norma a USB drive before dying claiming it a gift for her and Norman. Norma then calls the police to let them know about Annika's death. 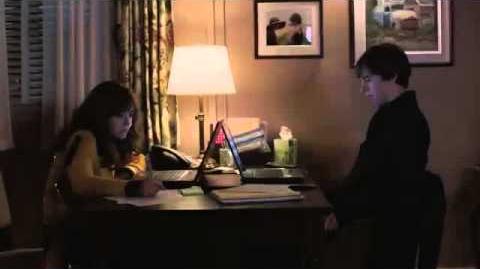 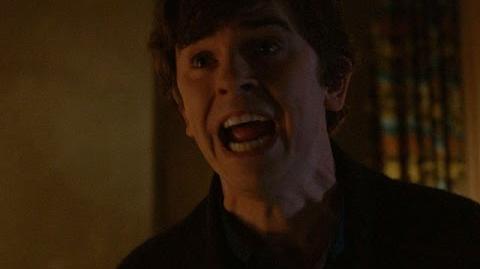 Bates Motel Norman is Upset with His Mother (S3, E3) 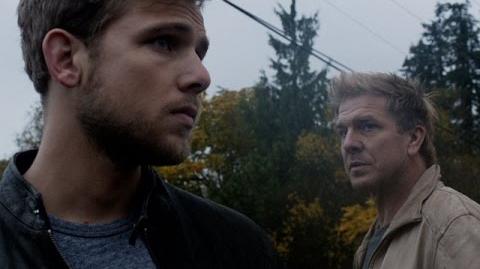 Bates Motel Inside the Episode Persuasion (S3, E3)
Add a photo to this gallery

Retrieved from "https://batesmotel.fandom.com/wiki/Persuasion?oldid=28623"
Community content is available under CC-BY-SA unless otherwise noted.