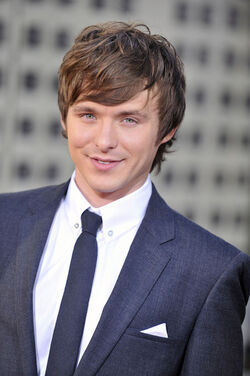 Marshall Allman is an American actor who portrayed Julian Howe on Bates Motel.

Allman was born in Austin, Texas, brother of David Allman, and the son of Idanell and James Martin Allman, Jr. As he grew up he was talented in soccer and art. Allman played club and school soccer and is deeply interested in contemporary music. After graduating from Austin High School in 2002, he chose to pursue an acting career in Los Angeles over studying art in New York City.

He is best known for portraying LJ Burrows, the son of Lincoln Burrows on FOX's Prison Break. He has also made guest appearances on shows such as Without a Trace, Boston Public, Malcolm in the Middle, The Practice, Phil of the Future, Close to Home, Cold Case,Saving Grace, Grey's Anatomy, Mad Men and most recently The Closer. In November 2009, He won the role of Tommy Mickens in the third season of True Blood.

Retrieved from "https://batesmotel.fandom.com/wiki/Marshall_Allman?oldid=28992"
Community content is available under CC-BY-SA unless otherwise noted.