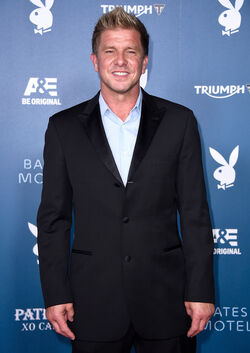 He has been married to Cathleen Oveson since December 21, 2005.  They have one child.

Retrieved from "https://batesmotel.fandom.com/wiki/Kenny_Johnson?oldid=28826"
Community content is available under CC-BY-SA unless otherwise noted.