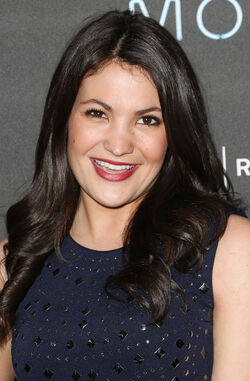 She began her career in 2009 with an appearance on the CW show Supernatural.

Retrieved from "https://batesmotel.fandom.com/wiki/Jenna_Romanin?oldid=28827"
Community content is available under CC-BY-SA unless otherwise noted.