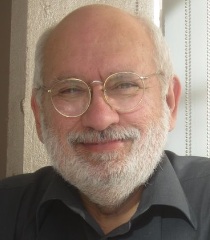 Jay Brazeau is a Canadian actor and voice actor who portrayed Justin Willcock on Bates Motel.

In 1992, he appeared in an episode of Street Justice and two of the first season episodes of Highlander: The Series. In October 2009, he appeared as "Man in chair" in the National Arts Centre production of The Drowsy Chaperone in Ottawa. In 2009, he played a part in several scenes added for the Ultimate Cut version of the movie Watchmen.

Voice acting roles include Uncle Quigley in Sabrina: The Animated Series, Stavros Garkos in Hurricanes and the Robot Masters Bright Man and Needle Man in the Mega Man animated series. His voice credits also include two Winnipeg-produced National Film Board of Canada animated shorts, "Get a Job" and "La Salla".

Theater roles include Edna Turnblad in the Arts Club Theatre Company's production of Hairspray during the 2010/2011 season. Brazeau based his performance as Edna on his mother and an adult neighbor from his childhood nicknamed Fat Kay.

Retrieved from "https://batesmotel.fandom.com/wiki/Jay_Brazeau?oldid=29122"
Community content is available under CC-BY-SA unless otherwise noted.