Start a Wiki
"Inseparable" is the seventh episode of the final season of Bates Motel and the second to be written by Freddie Highmore. It aired on April 3, 2017.

Norman and Mother come together as trouble looms large; Romero convalesces with the help of an old friend; Dylan comes home.

As Sam's lifeless corpse lies on the bathroom floor, a bloodied Norman stares in shock at what he has done. "Mother," tells him to turn off the shower as "she" wraps the body in the shower curtain saying that it has to be gotten rid of. Using Sam's car, Norman drives to the lake but he and "Mother" notice that the police are there and have pulled a body from the water, leading to Norman throwing up. When "Mother" mentions disposing of the body via the cliffs or the woods, Norman realizes that this has happened multiple times before. "They" eventually decide to dump the corpse in an abandoned well and take the car to a chop shop.

As "they" walk back to the motel the following morning, "they" notice Sheriff Greene pull into the parking lot and Norman rushes to meet her, pretending to emerge from Room #12 since it is linen day. The sheriff informs him that Jim Blackwell's body was pulled from the lake the night before along with several others. However, she is still wondering why he was so interested in Norman and what it has to do with Romero. Noticing the fresh tire marks on the gravel, she questions Norman about it but he dismisses it as an unruly guest who left in a hurry the previous night. After she leaves, he is worried that the police may return to search the house and decides to bury Norma's corpse, transporting it to the woods in a wheelchair and promising to return.

Meanwhile, Romero is recuperating at Maggie Summers' house, having been there for the past three days. As he later searches for his gun Maggie says she confiscated it but Romero is refusing to reveal why he wants it, although she suspects it has something to do with Norma's death.

Norman returns home to find Dylan there. The latter is shocked to see the house in disarray and questions Norman about his therapy sessions, but Norman says he stopped them over a year ago and actually bumped into Dr. Edwards in town recently. Dylan tells him that he and Emma got married and have a baby daughter, showing him a photo on his phone. He tells Norman that he should not have had to be on his own following Norma's death, while "Mother" peers angrily from behind Dylan's back. When Dylan goes into his mother's bedroom he breaks down, apologizing for not being there for his mother. Norman later awakens to find "Mother" next to him and "she" tells him that he has to convince Dylan to leave since it needs to be only the two of them together on their own and suggests cooking a meal for him.

Later while Dylan is picking up Norman's prescription at a pharmacy, a pharmacist tells him she just got off the phone with Pineview, who revealed that Dr. Edwards went missing over a year ago and is presumed dead. Dylan returns home and meets Madeleine, who introduces herself as a friend of Norman and tells him that Sam never came home the previous night. Dylan comes clean about Norman being mentally ill and Madeleine is shocked since Norman never mentioned anything about it.

When Dylan goes into the house, he is surprised to see a candlelit dinner being prepared by Norman. He tells Norman that he just met Madeleine outside as Sam did not return home the previous night and Norman says he has met both of them but spent little time in their company. Dylan asks Norman if he knows what happened to Sam and Norman says he visited the motel the night before, adding that he was not a nice man as he was cheating on Madeleine, making several visits to the motel behind her back. He tells Dylan to stop trying to confuse him and says that he knows Dylan cares about him but needs to leave.

Dylan moves closer to Norman and tells him that because he loves him he wants to help him and urges him to start taking his medication again. With tears in his eyes, Norman takes a pill and goes to get some water and while Dylan looks on in confusion, Norman says "Please stay out of this, Mother" after "Mother" asks to speak to Dylan. Norman turns around and suddenly "Mother" speaks, telling Dylan that "she" can only ever be a real mother to one son and smashes him on the head with a glass, knocking him to the floor. As Dylan lies dazed on the ground, "Mother" tries to stab him with a knife but Norman grabs "her" from behind and a struggle on the kitchen table ensues, where Dylan can only see Norman struggling with himself. As "Mother" vanishes, Norman comes to and moves towards the phone. He picks it up and dials 911, telling them who he is and he confesses that he killed Sam, as a shocked Dylan looks on. 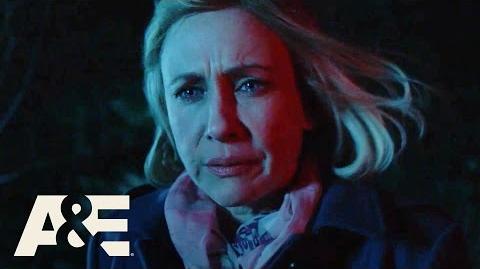 Retrieved from "https://batesmotel.fandom.com/wiki/Inseparable?oldid=29141"
Community content is available under CC-BY-SA unless otherwise noted.