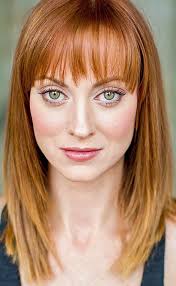 She graduated from the Canadian College of Performing Arts in Victoria, British Columbia.

She has performed on stage as a lead in the productions The True Heroines Cabaret and part of the ensemble in White Christmas.

Her TV roles include appearances in shows such as Kyle XY, Supernatural as well as a recurring role on Hell on Wheels.  In 2013, she joined the main cast of the Canadian series The True Heroines, which ran for one season.

Film roles include Big Eyes,  Step Up All In and How to Deal with an Axe Murderer.

Retrieved from "https://batesmotel.fandom.com/wiki/Fiona_Vroom?oldid=28563"
Community content is available under CC-BY-SA unless otherwise noted.