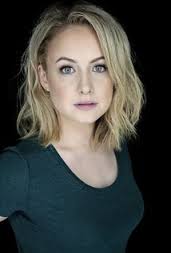 She began acting at the age of six and has built up an impressive list of credits. She began with appearances in commercials, before quickly moving on to the film and television world, landing her first speaking role in Disney's So Weird at the age of seven.

In addition to her series credits, she's appeared in many movies of the week on the CBC and the Lifetime and SyFy networks. Her feature film credits include Connie and Carla with Nia Vardalos, Toni Collette and David Duchovny, the Westcott Sisters' Locked in a Garage Band, Scar 3D (for which she was voted fan favorite at a screening), and Way of the Wicked with Christian Slater and Vinnie Jones.

She is also a talented voice actor, lending her voice to Mattel's Barbie and Polly Pocket franchises, and the Warner Bros' animated series Johnny Test.

Retrieved from "https://batesmotel.fandom.com/wiki/Brittney_Wilson?oldid=29066"
Community content is available under CC-BY-SA unless otherwise noted.