"A Death in the Family" is the season premiere of the third season of Bates Motel. It aired on March 9, 2015.

Norman and Emma make decisions regarding their future; Norma informs Norman of his boundaries.

Summer has passed. Dylan finds Norman asleep in Norma's bed and advises Norma that Norman is 18-years old and what they are doing is wrong, but she doesn't see it that way. Norman, now a high school senior starting his first day, is reluctant to return to school but Norma forces him out of the car. He passes by a memorial to Blaire Watson and stares at her photo. As he sits alone at a table in the cafeteria at lunch, he hallucinates her, and sees her neck slashed. Because of this, he runs home into Norma's arms and she decides the best thing would be to homeschool him. Emma also decides to join Norman in being homeschooled. That evening as they lie together in Norma's bed, Norma decides to set some boundary rules with her youngest son, which he doesn't take too kindly to.

Meanwhile, Norma learns that her mother has recently died. She initially doesn't care but later softens upon talking with Dylan. Caleb returns to town, seeking to bond with Dylan, now his only family. While the drug business is officially shut down Romero attempts to sway Dylan to take up the mantle but he refuses, saying that he wants to build his own farm to grow marijuana plants for medicinal purposes.

While chatting with Emma, Norman thinks it's time they should date each other but when he informs Norma she doesn't feel it's a good idea. Meanwhile, he takes an interest in Annika, the new motel guest. When she says she has a problem with the light fixture in her room, Norman offers to take a look and they chat. Later, as he shoos away a raccoon from the trash, he notices that Annika's bathroom window is open. He approaches it, spying on her as she takes a shower. Norma catches him, and when they get back to the house, she rebukes him, telling him its not normal to go around spying on the other guests. He later finds his mother crying in her bed, but she tells him that it's because of her mother's death. She allows him to get in the bed beside her to comfort her.

When Annika comes to the office to ask for directions to a restaurant the following evening, Norman offers to show her where it is. While in her car, they have an uncomfortable conversation about her job as a sex worker, which is where she is actually heading to. Later, as Emma leaves to go home, Norman returns alone to the motel driving Annika's car. 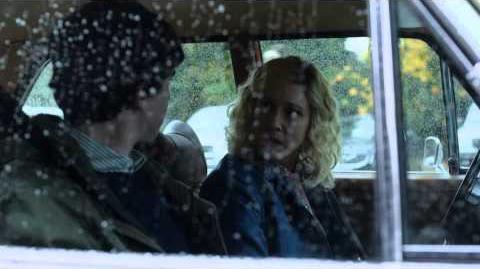 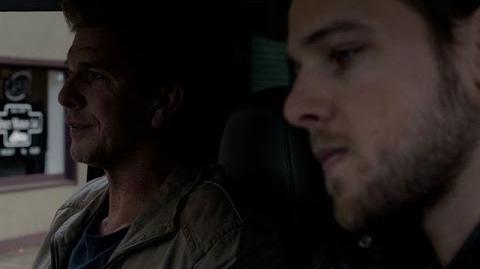 Bates Motel Caleb Tells Dylan About His Past (S3, E1) 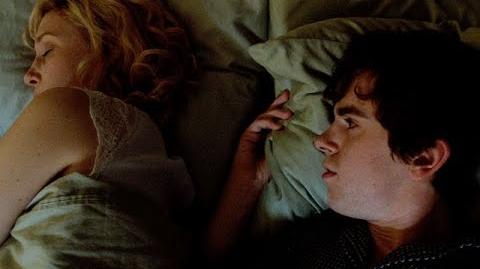 Retrieved from "https://batesmotel.fandom.com/wiki/A_Death_in_the_Family?oldid=32852"
Community content is available under CC-BY-SA unless otherwise noted.