"'Til Death Do You Part" is the third episode of the fourth season of Bates Motel. It aired on March 21, 2016.

Norma and Romero take a big step together, but neither knows what it means for the other. And as Norman struggles to accept his new circumstances, Dylan attempts to shed old business

A clearly guilty Norma stands at the door to Norman's bedroom, looking at his empty bed. At Pineview, a nurse visits Norman and he asks where his belt is. She tells him that they don't wear belts there.

Norma heads to City Hall where she waits for Romero to arrive. When he does, he tells her to snuggle into him so that they look like they're in love. They go through with their fake wedding, but Norma has forgotten Romero's ring. However, he has her covered and when the time comes he kisses her. As they leave the building, he reassures her that she's doing the right thing and he will see her later that evening.

As they walk together outside the hospital, Dylan tells Emma he's considering giving up the weed business and will fire Gunner. Meanwhile, Norman is being shown around Pineview by the nurse and sees a woman wearing pearls pass by. Clearly disinterested, he asks how long he will be there for and is told that is for Dr. Edwards to decide. In a session, Dr. Edwards asks him if he has been in therapy before and while honest about his therapy history, Norman says that his mother's problems took precedence. He only admitted himself as she made him do it and he doesn't want to be in therapy since he believes that Norma is the one with the problem, not him.

Norma phones Pineview and is told that she cannot see or speak to Norman for 72 hours, which no one had told her. Romero arrives with his belongings, requesting a key to the house, and although Norma is reluctant to let him move in, he tells her they have to make it look real since he's a public figure and everyone in town will find out soon enough. However, she's still awkward about him being in the house and he suggests they go out to dinner. At Pineview, Norman sits by himself for dinner but is joined by a fellow patient, Julian. When he sees Norman looking at his turkey pot pie, Norman says it reminds him of someone. Julian says he's there because his parents think he's annoying.

As they have drinks, Norma tells Romero it's her third marriage and opens up about parts of her past. Romero says that he was married once before while he was in the Marines but it broke up after a few months. When they return home, he brings a tipsy Norma up to bed. He says goodnight to her, jokingly referring to her as "Mrs. Romero", and she yells that she's keeping her own name. The following morning, she finds a wedding present of a coffee maker with a note from Romero, who says that he called some men to fill in the pit. When the nurse asks Norman if he wants to participate in yoga, he says he would rather stick pins in his eyes and she walks away. Norma goes outside and one of the men hands her an earring they found - an earring that belonged to Audrey Decody.

When Dylan returns to the farm, Gunner is getting ready to leave for California, saying he's quitting. As Dylan phones Emma to complain, Chick, who's walking with the aid of a stick and still battered after Caleb's beating, asks Dylan if he's seen Caleb but he says he hasn't. Meanwhile, Romero returns home to find his former girlfriend Rebecca there. When she tries to kiss him, he tells her he got married and she asks about Bob Paris, as she hasn't heard from him since before the DEA stormed his house. Worried that she may be in danger, Romero reassures her she's safe and she leaves. He returns with Bob Paris' money to Norma's house and when she arrives home she finds him in the basement. He says he was hiding some money.

Dylan decides to go home to see Norma and she tells him she married Romero, even though she believes Romero doesn't like her. She's also worried about Norman but Dylan reassures her she's done the right thing. Norman has another session with Dr. Edwards, asking if he can get some medication for his blackouts. He then says he never wants his mother to be upset as she's the most wonderful person in the world and he's there because of her. Dr. Edwards asks why he is so angry at her if he loves her so much and Norman breaks down, ranting about Norma before he bolts from the office.

Norma arrives to see him and explains to Dr. Edwards that she and Norman have always been close and he allows her to see him. She removes her wedding ring before she finally speaks to Norman but it's not the reunion she expected. He's angry towards her and although she attempts to apologize, Norman is having none of it, telling her he cannot forgive her. Norma returns home dejected and breaks down in Romero's arms. She tells him that Norman rejected her and as Romero comforts her, they kiss. He tries to stop her but she says it's what she wants and he carries her upstairs. On edge from Norma's visit, Norman storms back to Dr. Edwards office, wanting to see him, and ends up in solitary confinement. Dr. Edwards visits him and Norman, who has calmed down, says he believes his mother is insane and may be killing people. A surprised Dr. Edwards says such an accusation warrants being reported to the authorities and Norman agrees. 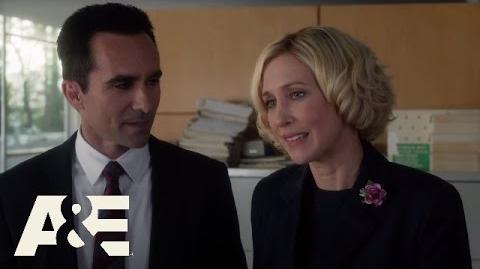 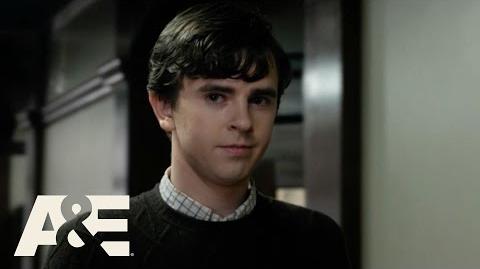 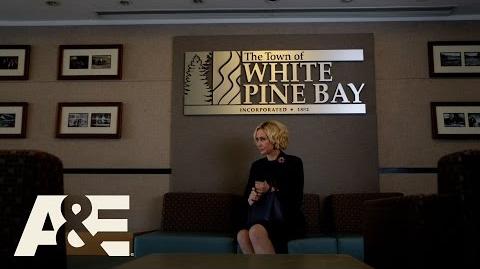 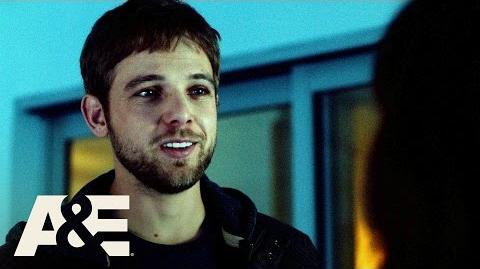 Bates Motel Inside the Episode Til Death Do You Part (S4, E3) A&E